How did I do yesterday? Who cares?!? The US play Germany today! Good lord, this is so exciting. I got two points yesterday, la di da.

Despite the fact that every other pair of group elimination times have been swapped this week—B before A, D before C, F before E—the FIFA gods have arbitrarily decided to switch back to alphabetical order with Group G and Group H. Portugal v. Ghana is going to be insane, and if it weren’t taking place at the same time as the US-Germany match, I would probably be incredibly excited for it. However, I only have enough emotional capacity for one match today. Portugal certainly stepped it up against the US, and Cristiano Ronaldo has shown that he wants to win with the national team as much as with Real Madrid, but Ghana are just straight up better, and they showed it against Germany. The US was damn lucky that Ghana didn’t convert any of their many, many chances in the opener. My prediction:

Good heavens, I don’t even know how to speak thoughts about this match. No possible justification could exist for any combination of numbers I put forth for this prediction. Maybe Germany rebound after the draw with Ghana to embarrass to US; maybe they’re on the downslide and the US are on the up; maybe someone gets sent off in the 5th minute and screws up any notion of what this game would have looked like otherwise. The idea of this match and how important it is for US soccer humbles me. Any prediction I throw out there is just a shot in the dark. Regardless, my prediction:

All we need is one point. 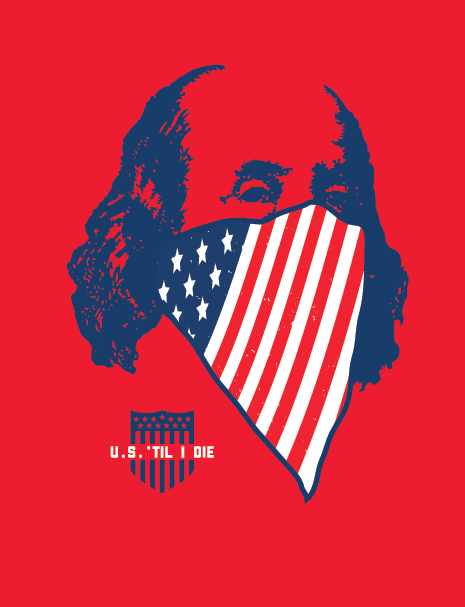 This group is much less stressful, at least for me. Belgium have already qualified for the next round, but the other three teams are still fighting. Algeria are in the driver’s seat with 3 points, meaning they definitely move on with a win over Russia, but Russia have that 1 point from their draw with South Korea, so an Algeria loss means the Africans are out. They could move on with a draw, but Belgium don’t have much to play for considering they only need 1 point to clinch the top spot, so if South Korea pull off an upset, things could get hairy for Algeria. I think Algeria will beat Russia, though, and put the matter to bed regardless of the outcome of the other game. My prediction:

The South Korea game is a bit harder to predict, because they need to attack the most, while Belgium don’t need to do much. Belgium has some good defenders, but overall I wouldn’t say that they’re a particularly defensive-minded team, so I doubt they’ll park the bus. I expect a lot of back and forth, and if South Korea link up well, like they showed they can do at times against Algeria, they should put in a few goals. Romelu Lukaku hasn’t been very effective thus far for Belgium, but if the team can live up to their potential, they should have no problem scoring a ton of goals as well. I’m really not sure which way to go with this one, but I have a feeling that Belgium will come away with it. My prediction:

I’d be happy with more goals in this game, though, considering my other favorite European team still in the tournament, France, let me down yesterday.

Can Russia pull off a win against Algeria? Hmm, I don’t know.

And that’s it for the group stage! There are no games tomorrow, but we’re back in force on Saturday with the first two matches of the round of 16, Brazil v. Chile and Colombia v. Uruguay! In particular I hope the Colombians kick the shit out of Uruguay. RIP Italy.